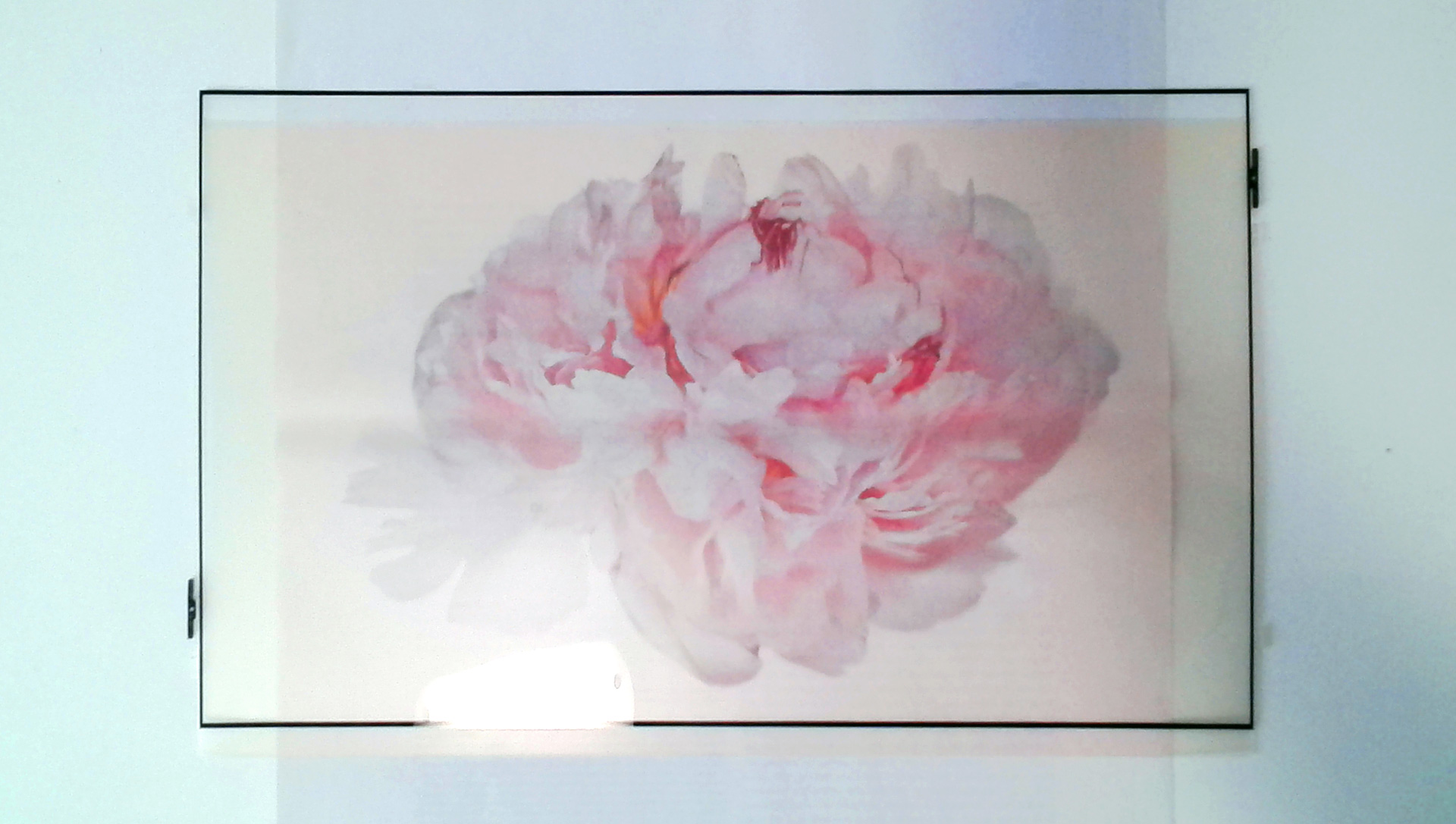 the LCD and the printed pink flower

A liquid-crystal display (LCD) is a flat-panel display or other electronically modulated optical device that uses the light-modulating properties of liquid crystals. Liquid crystals do not emit light directly, instead using a backlight or reflector to produce images in color or monochrome. LCDs are available to display arbitrary images (as in a general-purpose computer display) or fixed images with low information content, which can be displayed or hidden, such as preset words, digits, and seven-segment displays, as in a digital clock. They use the same basic technology, except that arbitrary images are made up of a large number of small pixels, while other displays have larger elements.
LCDs are used in a wide range of applications including LCD televisions, computer monitors, instrument panels, aircraft cockpit displays, and indoor and outdoor signage. Small LCD screens are common in portable consumer devices such as digital cameras, watches, calculators, and mobile telephones, including smartphones. LCD screens are also used on consumer electronics products such as DVD players, video game devices and clocks. LCD screens have replaced heavy, bulky cathode ray tube (CRT) displays in nearly all applications. LCD screens are available in a wider range of screen sizes than CRT and plasma displays, with LCD screens available in sizes ranging from tiny digital watches to very large television receivers.
Since LCD screens do not use phosphors, they do not suffer image burn-in when a static image is displayed on a screen for a long time, e.g., the table frame for an airline flight schedule on an indoor sign. LCDs are, however, susceptible to image persistence. The LCD screen is more energy-efficient and can be disposed of more safely than a CRT can. Its low electrical power consumption enables it to be used in battery-powered electronicequipment more efficiently than CRTs can be. By 2008, annual sales of televisions with LCD screens exceeded sales of CRT units worldwide, and the CRT became obsolete for most purposes.

Printing is a process for reproducing text and images using a master form or template. The earliest non-paper products involving printing include cylinder seals and objects such as the Cyrus Cylinder and the Cylinders of Nabonidus. The earliest known form of printing as applied to paper was woodblock printing, which appeared in China before 220 A.D. Later developments in printing technology include the movable type invented by Bi Sheng around 1040 AD and the printing press invented by Johannes Gutenberg in the 15th century. The technology of printing played a key role in the development of the Renaissance and the scientific revolution, and laid the material basis for the modern knowledge-based economy and the spread of learning to the masses.

A flower sometimes known as a bloom or blossom, is the reproductive structure found in flowering plants (plants of the division Magnoliophyta, also called angiosperms). The biological function of a flower is to effect reproduction, usually by providing a mechanism for the union of sperm with eggs. Flowers may facilitate outcrossing (fusion of sperm and eggs from different individuals in a population) or allow selfing (fusion of sperm and egg from the same flower). Some flowers produce diaspores without fertilization (parthenocarpy). Flowers contain sporangia and are the site where gametophytes develop. Many flowers have evolved to be attractive to animals, so as to cause them to be vectors for the transfer of pollen. After fertilization, the ovary of the flower develops into fruit containing seeds.
In addition to facilitating the reproduction of flowering plants, flowers have long been admired and used by humans to bring beauty to their environment, and also as objects of romance, ritual, religion, medicine and as a source of food.