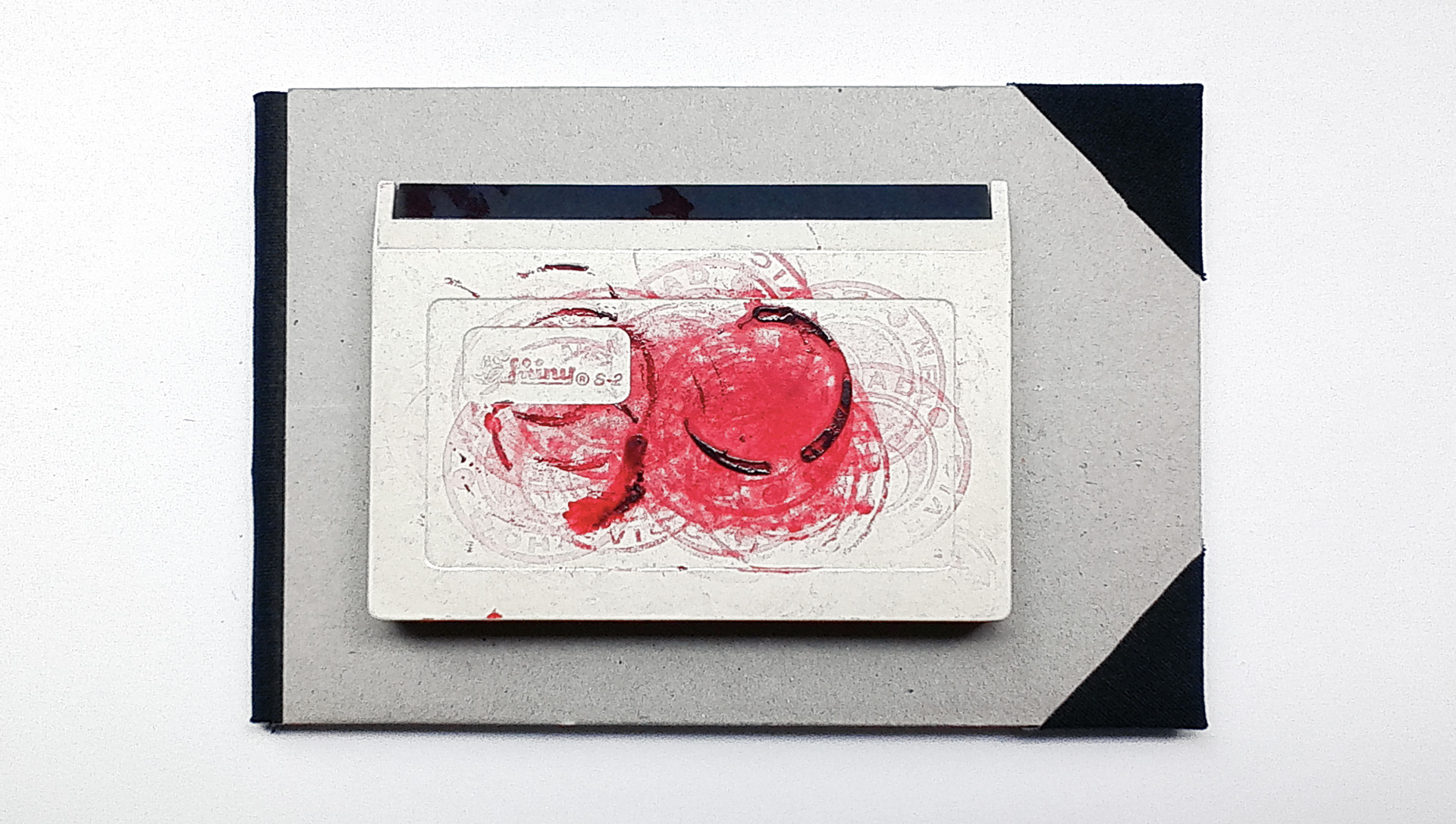 the red ink and the drawing pad (the surface)

Ink  is a liquid or paste that contains pigments or dyes and is used to color a surface to produce an image, text, or design. Ink is used for drawing or writing with a pen, brush, or quill. Thicker inks, in paste form, are used extensively in letterpress and lithographic printing.
Ink can be a complex medium, composed of solvents, pigments, dyes, resins, lubricants, solubilizers, surfactants, particulate matter, fluorescents, and other materials. The components of inks serve many purposes; the ink's carrier, colorants, and other additives affect the flow and thickness of the ink and its dry appearance.

Drawing is a form of visual art in which a person uses various drawing instruments to mark paper or another two-dimensional medium. Instruments include graphite pencils, pen and ink, various kinds of paints, inked brushes, wax colored pencils, crayons, charcoal, chalk, pastels, various kinds of erasers, markers, styluses, and various metals (such as silverpoint). "Digital drawing" is the act of using a computer to draw. Common methods of digital drawing include a stylus or finger on a touchscreen device, stylus-to-touchpad, finger-to-touchpad, or in some cases, a mouse. There are many digital art programs and devices.
A drawing instrument releases a small amount of material onto a surface, leaving a visible mark. The most common support for drawing is paper, although other materials, such as cardboard, plastic, leather, canvas, and board, may be used. Temporary drawings may be made on a blackboard or whiteboard or indeed almost anything. The medium has been a popular and fundamental means of public expression throughout human history. It is one of the simplest and most efficient means of communicating visual ideas. The wide availability of drawing instruments makes drawing one of the most common artistic activities.
In addition to its more artistic forms, drawing is frequently used in commercial illustration, animation, architecture, engineering and technical drawing. A quick, freehand drawing, usually not intended as a finished work, is sometimes called a sketch. An artist who practices or works in technical drawing may be called a drafter, draftsman or a draughtsman.