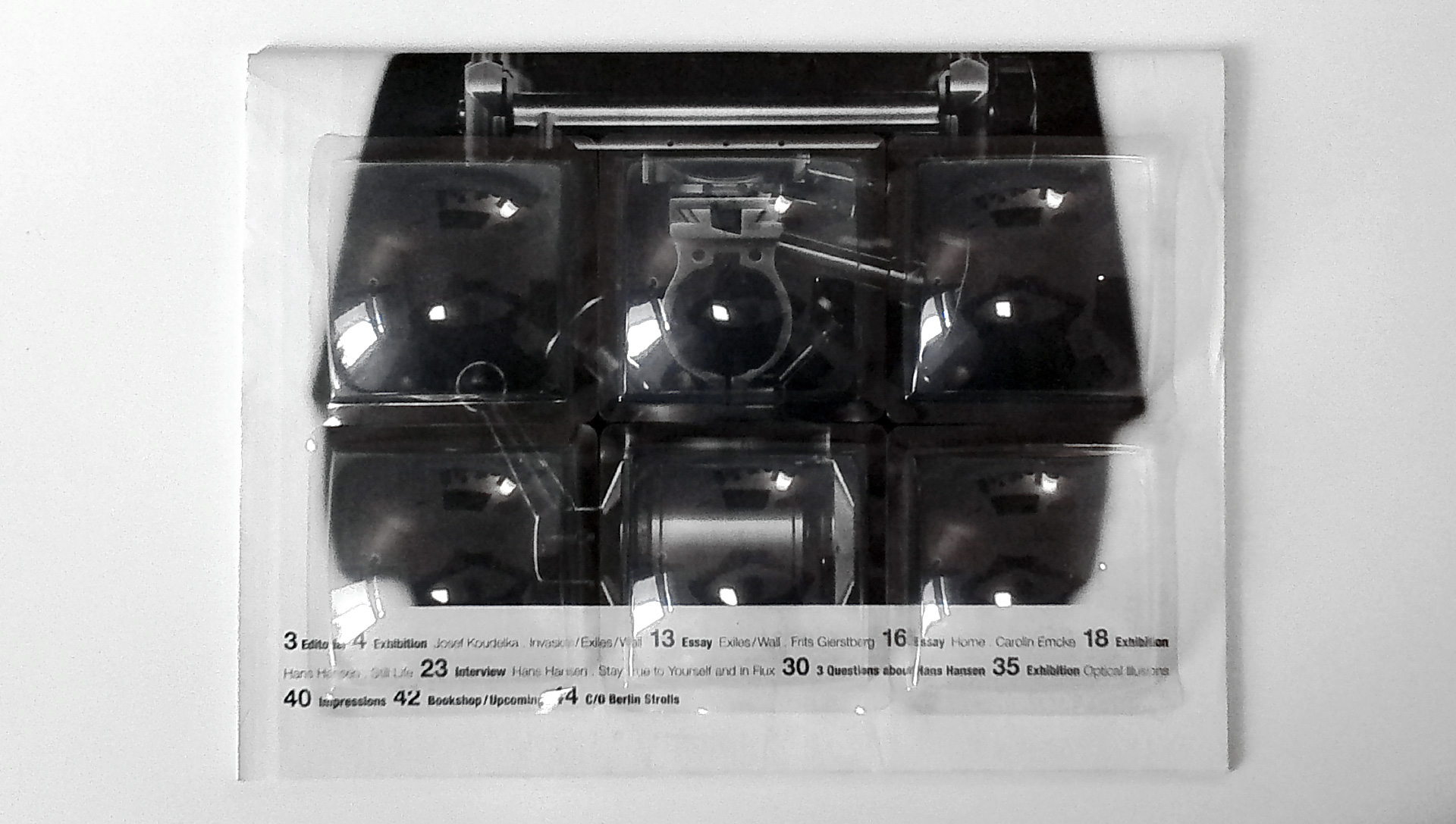 the Photo newspaper and 6 transparent hemicuboids

A photograph (also known as a photo) is an image created by light falling on a photosensitive surface, usually photographic film or an electronic image sensor, such as a CCD or a CMOS chip. Most photographs are created using a camera, which uses a lens to focus the scene's visible wavelengths of light into a reproduction of what the human eye would see. The process and practice of creating such images is called photography. The word photograph was coined in 1839 by Sir John Herschel and is based on the Greek φῶς (phos), meaning "light", and γραφή (graphê), meaning "drawing, writing", together meaning "drawing with light". Many jurisdictions have laws prohibiting certain types of photographs which may include photos of government buildings, copyrighted content, private property, and child pornography.

A newspaper is a periodical publication containing written information about current events.
Newspapers can cover a wide variety of fields such as politics, business, sports and art, and often include materials such as opinion columns, weather forecasts, reviews of local services, obituaries, birth notices, crosswords, editorial cartoons, comic strips, and advice columns.
Most newspapers are businesses, and they pay their expenses with a mixture of subscription revenue, newsstand sales, and advertisingrevenue. The journalism organizations that publish newspapers are themselves often metonymically called newspapers.
Newspapers have traditionally been published in print (usually on cheap, low-grade paper called newsprint). However, today most newspapers are also published on websites as online newspapers, and some have even abandoned their print versions entirely.
Newspapers developed in the 17th century, as information sheets for businessmen. By the early 19th century, many cities in Europe, as well as North and South America, published newspapers.
Some newspapers with high editorial independence, high journalism quality, and large circulation are viewed as newspapers of record.

Hemicuboids is a half of a cuboid