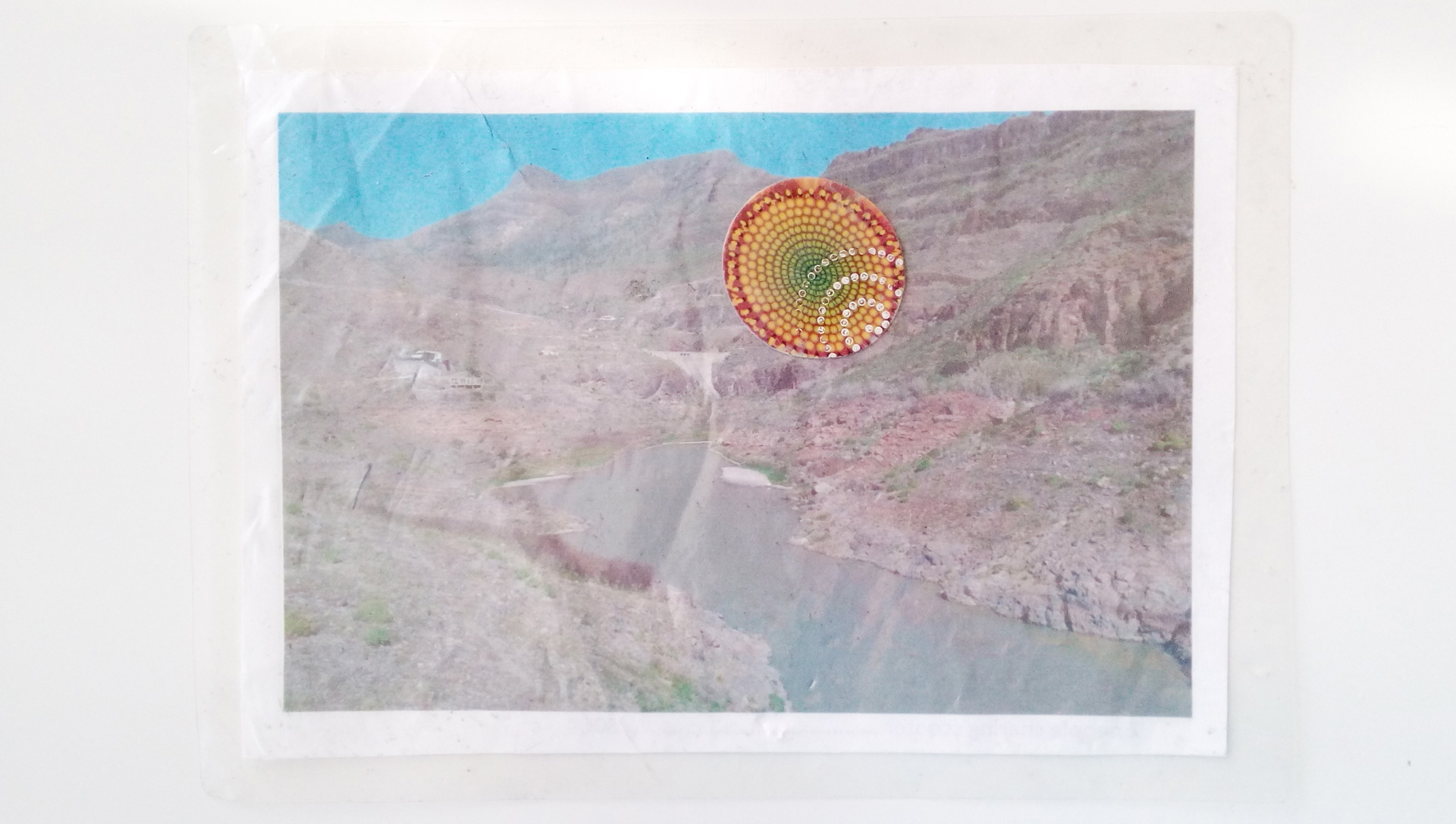 the halogram on the Landscape

Holography is the science and practice of making holograms. Typically, a hologram is a photographic recording of a light field, rather than of an image formed by a lens, and it is used to display a fully three-dimensional image of the holographed subject, which is seen without the aid of special glasses or other intermediate optics. The hologram itself is not an image and is usually unintelligible when viewed under diffuse ambient light. It is an encoding of the light field as an interference pattern of seemingly random variations in the opacity, density, or surface profile of the photographic medium. When suitably lit, the interference pattern diffracts the light into a reproduction of the original light field and the objects that were in it appear to still be there, exhibiting visual depth cues such as parallaxand perspective that change realistically with any change in the relative position of the observer.
In its pure form, holography requires the use of laser light for illuminating the subject and for viewing the finished hologram. In a side-by-side comparison under optimal conditions, a holographic image is visually indistinguishable from the actual subject. A microscopic level of detail throughout the recorded volume of space can be reproduced. In common practice, however, major image quality compromises are made to eliminate the need for laser illumination when viewing the hologram, and sometimes, to the extent possible, also when making it. Holographic portraiture often resorts to a non-holographic intermediate imaging procedure, to avoid the hazardous high-powered pulsed lasers otherwise needed to optically "freeze" living subjects as perfectly as the extremely motion-intolerant holographic recording process requires. Holograms can now also be entirely computer-generated to show objects or scenes that never existed.
Holography is distinct from lenticular and other earlier autostereoscopic 3D display technologies, which can produce superficially similar results but are based on conventional lens imaging. Stage illusions such as Pepper's Ghost and other unusual, baffling, or seemingly magical images are also often incorrectly called holograms.

A landscape is the visible features of an area of land, its landforms and how they integrate with natural or man-made features. A landscape includes the physical elements of geophysically defined landforms such as (ice-capped) mountains, hills, water bodies such as rivers, lakes, ponds and the sea, living elements of land cover including indigenous vegetation, human elements including different forms of land use, buildings and structures, and transitory elements such as lighting and weather conditions.
Combining both their physical origins and the cultural overlay of human presence, often created over millennia, landscapes reflect a living synthesis of people and place that is vital to local and national identity. The character of a landscape helps define the self-image of the people who inhabit it and a sense of place that differentiates one region from other regions. It is the dynamic backdrop to people’s lives. Landscape can be as varied as farmland, a landscape park, or wilderness.
The Earth has a vast range of landscapes, including the icy landscapes of polar regions, mountainous landscapes, vast arid desert landscapes, islands and coastal landscapes, densely forested or wooded landscapes including past boreal forests and tropical rainforests, and agriculturallandscapes of temperate and tropical regions.
The activity of modifying the visible features of an area of land is referred to as landscaping.