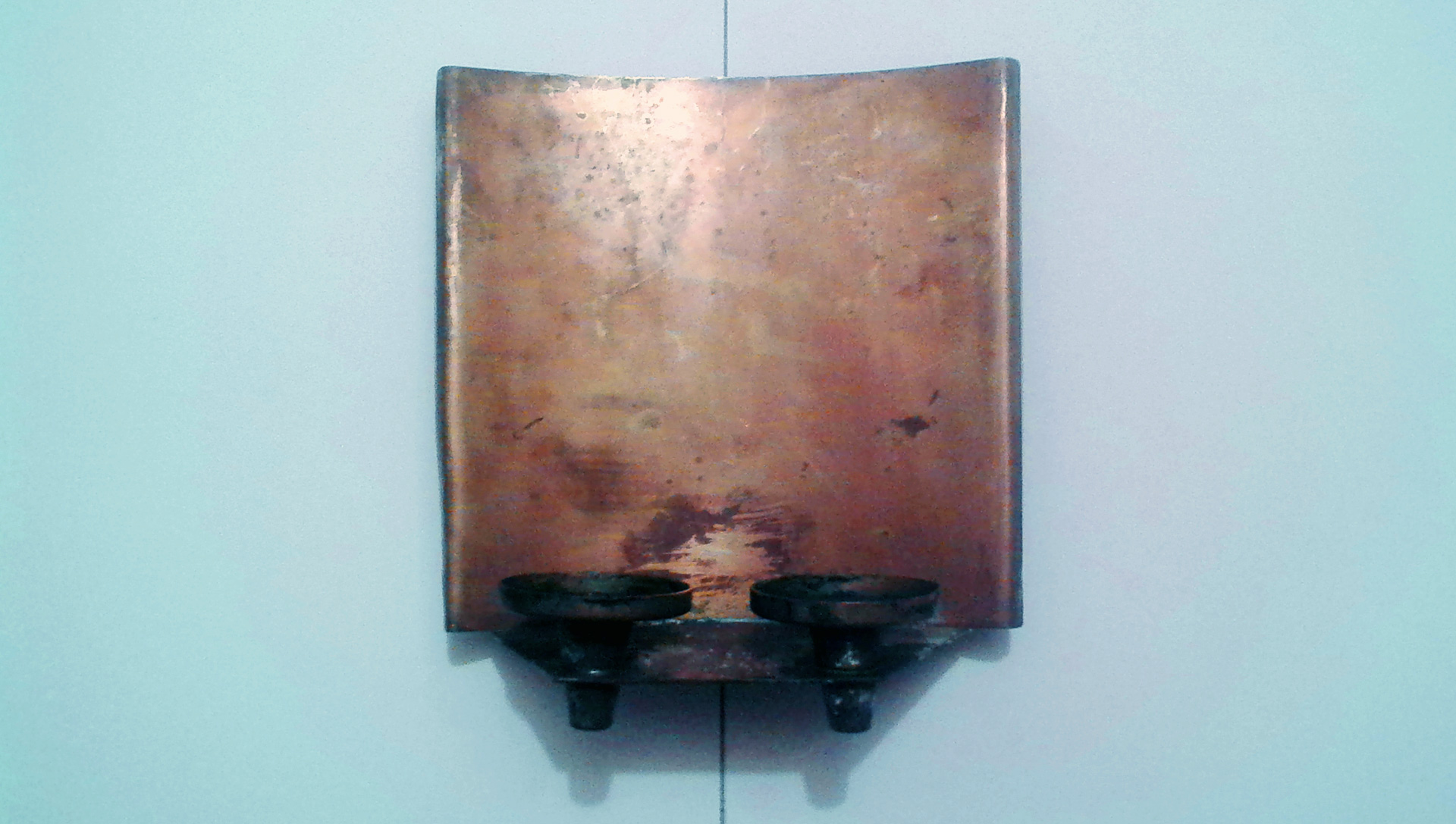 Brass is an alloy of copper and zinc, in proportions which can be varied to achieve varying mechanical and electrical properties. It is a substitutional alloy: atoms of the two constituents may replace each other within the same crystal structure.
It is similar to bronze, another alloy containing copper, with tin included instead of zinc; both bronze and brass may include small proportions of a range of other elements including arsenic, lead, phosphorus, aluminum, manganese, and silicon. The distinction between the two alloys is largely historical, and modern practice in museums and archaeology increasingly avoids both terms for historical objects in favour of the more general "copper alloy".
Brass is used for decoration for its bright gold-like appearance; for applications where low friction is required such as locks, gears, bearings, doorknobs, ammunition casings and valves; for plumbing and electrical applications; and extensively in brass musical instruments such as horns and bells where a combination of high workability (historically with hand tools) and durability is desired. It is also used in zippers. Brass is often used in situations in which it is important that sparks not be struck, such as in fittings and tools used near flammable or explosive materials.

A wall is a structure that defines an area, carries a load; provides security, shelter, or soundproofing; or is decorative.
Wall comes from Latin vallum meaning "...an earthen wall or rampart set with palisades, a row or line of stakes, a wall, a rampart, fortification..." while the Latin word murus means a defensive stone wall. English uses the same word to mean an external wall and the internal sides of a room, but this is not universal. Many languages distinguish between the two. In German, some of this distinction can be seen

A candlestick, chamberstick, or candelabrum (plural: candelabra) is a device used to hold a candle in place.