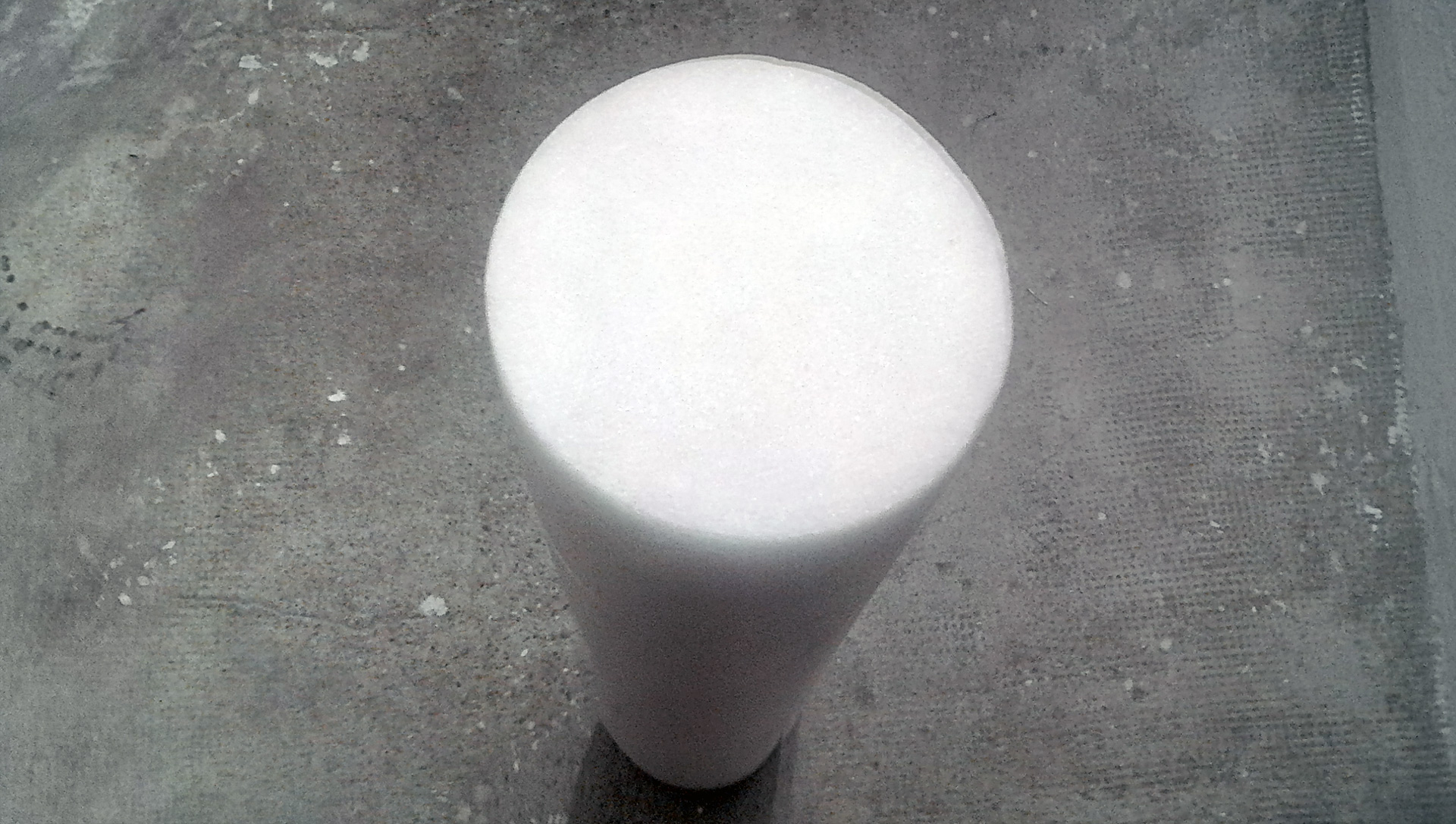 Sponges, the members of the phylum Porifera (/pəˈrɪfərə/; meaning "pore bearer"), are a basal Metazoa (animal) clade as a sister of the Diploblasts. They are multicellular organisms that have bodies full of pores and channels allowing water to circulate through them, consisting of jelly-like mesohyl sandwiched between two thin layers of cells. The branch of zoology that studies sponges is known as spongiology.
Sponges have unspecialized cells that can transform into other types and that often migrate between the main cell layers and the mesohyl in the process. Sponges do not have nervous, digestive or circulatory systems. Instead, most rely on maintaining a constant water flow through their bodies to obtain food and oxygen and to remove wastes. Sponges were first to branch off the evolutionary tree from the common ancestor of all animals, making them the sister group of all other animals.

A cylinder (from Greek κύλινδρος – kulindros, "roller", "tumbler") has traditionally been a three-dimensional solid, one of the most basic of curvilinear geometric shapes. It is the idealized version of a solid physical tin can having lids on top and bottom.
This traditional view is still used in elementary treatments of geometry, but the advanced mathematical viewpoint has shifted to the infinite curvilinear surface and this is how a cylinder is now defined in various modern branches of geometry and topology.
The shift in the basic meaning (solid versus surface) has created some ambiguity with terminology. It is generally hoped that context makes the meaning clear. Both points of view are typically presented and distinguished by referring to solid cylinders and cylindrical surfaces, but in the literature the unadorned term cylinder could refer to either of these or to an even more specialized object, the right circular cylinder.