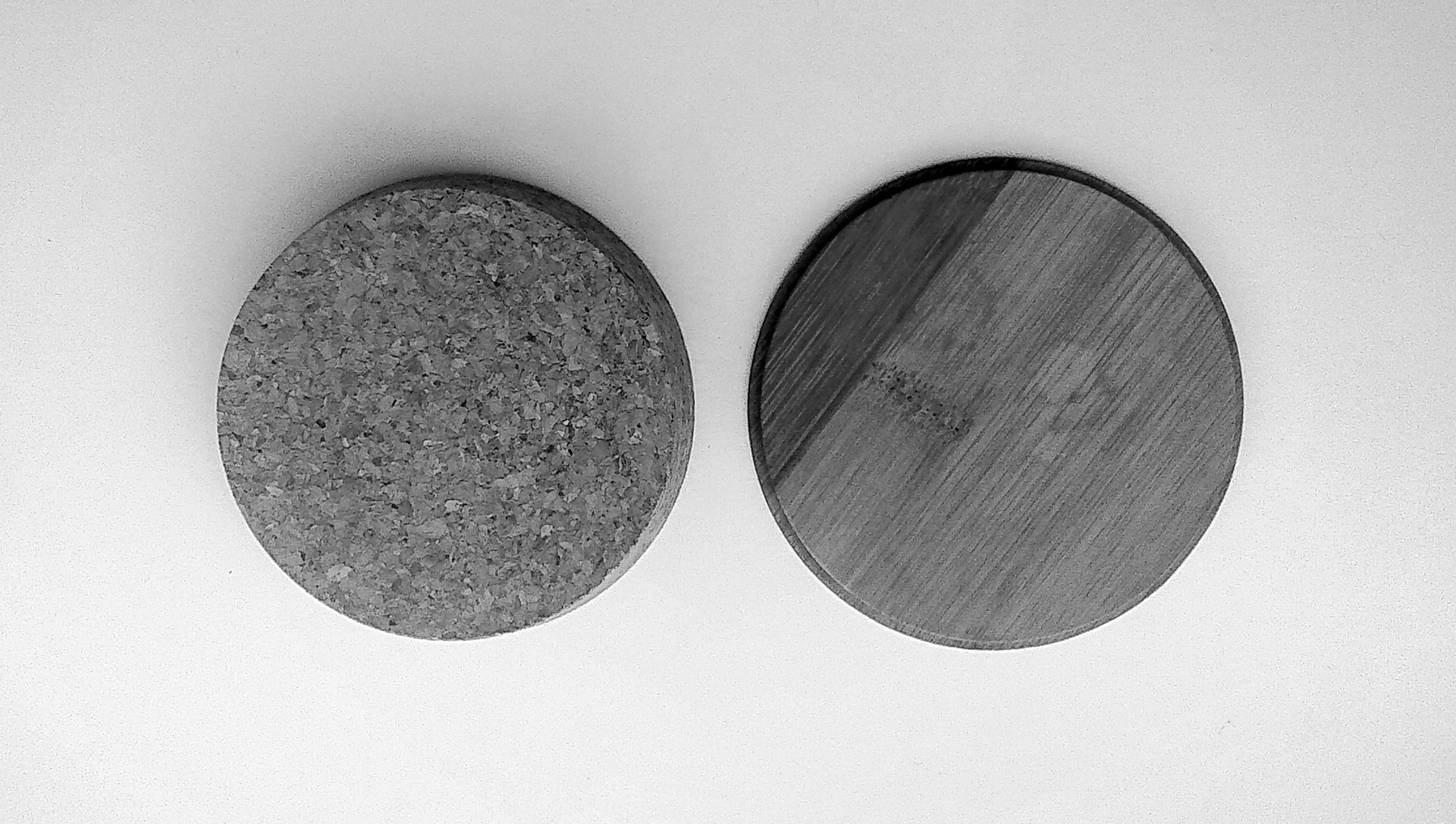 the cork and the wooden lid

Cork is an impermeable buoyant material, the phellem layer of bark tissue that is harvested for commercial use primarily from Quercus suber (the cork oak), which is endemic to southwest Europe and northwest Africa. Cork is composed of suberin, a hydrophobic substance. Because of its impermeable, buoyant, elastic, and fire retardant properties, it is used in a variety of products, the most common of which is wine stoppers. The montado landscape of Portugal produces approximately half of cork harvested annually worldwide, with Corticeira Amorim being the leading company in the industry. Cork was examined microscopically by Robert Hooke, which led to his discovery and naming of the cell.

Wood is a porous and fibrous structural tissue found in the stems and roots of trees and other woody plants. It is an organic material, a natural composite of cellulose fibers that are strong in tension and embedded in a matrix of ligninthat resists compression. Wood is sometimes defined as only the secondary xylem in the stems of trees, or it is defined more broadly to include the same type of tissue elsewhere such as in the roots of trees or shrubs.[citation needed] In a living tree it performs a support function, enabling woody plants to grow large or to stand up by themselves. It also conveys water and nutrients between the leaves, other growing tissues, and the roots. Wood may also refer to other plant materials with comparable properties, and to material engineered from wood, or wood chips or fiber.
Wood has been used for thousands of years for fuel, as a construction material, for making tools and weapons, furniture and paper. More recently it emerged as a feedstock for the production of purified cellulose and its derivatives, such as cellophane and cellulose acetate.
As of 2005, the growing stock of forests worldwide was about 434 billion cubic meters, 47% of which was commercial. As an abundant, carbon-neutral renewable resource, woody materials have been of intense interest as a source of renewable energy. In 1991 approximately 3.5 billion cubic meters of wood were harvested. Dominant uses were for furniture and building construction.

A lid, also known as a cover, is part of a container, and serves as the closure or seal, usually one that completely closes the object. Lids can be placed on small containers such as tubs as well as larger lids for open-head pails and drums. Some lids have a security strip or a tamper-evident band to hold the lid on securely until opening is desired or authorized. These are usually irreversible to indicate that the container has been opened.