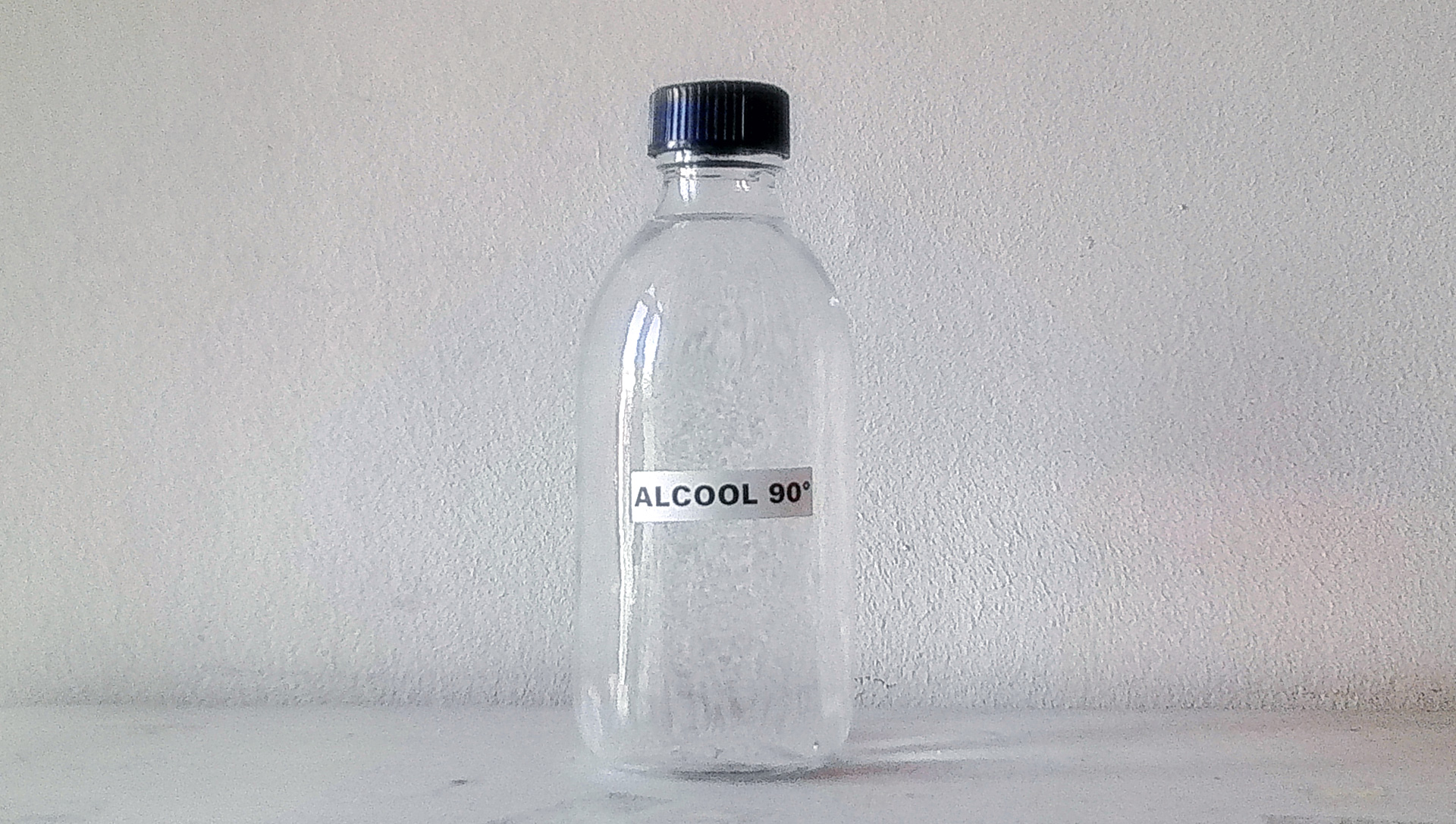 the small bottle with the 90 ° alcohol

Size is the magnitude or dimensions of a thing. Size can be measured as length, width, height, diameter, perimeter, area, volume, or mass.In mathematical terms, "size is a concept abstracted from the process of measuring by comparing a longer to a shorter". Size is determined by the process of comparing or measuring objects, which results in the determination of the magnitude of a quantity, such as length or mass, relative to a unit of measurement. Such a magnitude is usually expressed as a numerical value of units on a previously established spatial scale, such as meters or inches.
The sizes with which humans tend to be most familiar are body dimensions (measures of anthropometry), which include measures such as human height, and human body weight. These measures can, in the aggregate, allow the generation of commercially useful distributions of products that accommodate expected body sizes, as with the creation of clothing sizes and shoe sizes, and with the standardization of door frame dimensions, ceiling heights, and bed sizes. The human experience of size can lead to a psychological tendency towards size bias, wherein the relative importance or perceived complexity of organisms and other objects is judged based on their size relative to humans, and particularly whether this size makes them easy to observe without aid.

The degree symbol (°) is a typographical symbol that is used, among other things, to represent degrees of arc (e.g. in geographic coordinate systems), hours (in the medical field), degrees of temperature, alcohol proof, or diminished quality in musical harmony. The symbol consists of a small raised circle, historically a zero glyph.

In chemistry, an alcohol is any organic compound in which the hydroxyl functional group (–OH) is bound to a carbon. The term alcohol originally referred to the primary alcohol ethanol (ethyl alcohol), which is used as a drug and is the main alcohol present in alcoholic beverages. An important class of alcohols, of which methanol and ethanol are the simplest members, includes all compounds for which the general formula is CnH2n+1OH. It is these simple monoalcohols that are the subject of this article.
The suffix -ol appears in the IUPAC chemical name of all substances where the hydroxyl group is the functional group with the highest priority. When a higher priority group is present in the compound, the prefix hydroxy- is used in its IUPAC name. The suffix -ol in non-IUPAC names (such as paracetamol or cholesterol) also typically indicates that the substance is an alcohol. However, many substances that contain hydroxyl functional groups (particularly sugars, such as glucose and sucrose) have names which include neither the suffix -ol, nor the prefix hydroxy-.