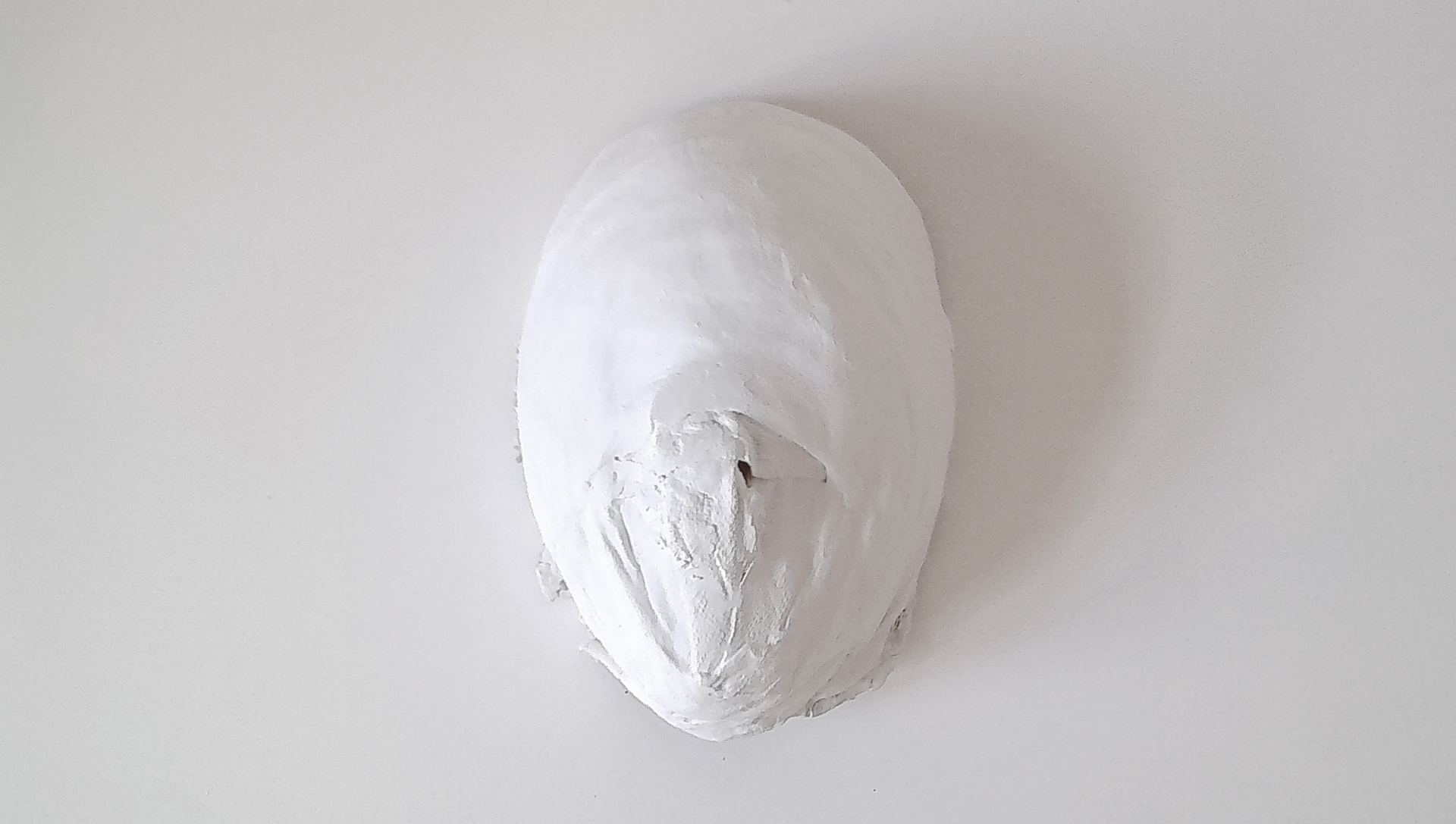 The face is a central body region of sense and is also very central in the expression of emotion among humans and among numerous other species. The face is normally found on the anterior (frontal, rostral) surface of the head of animals[citation needed]or humans,[1] although not all animals have faces. The face is crucial for human identity, and damage such as scarring or developmental deformities have effects stretching beyond those of solely physical inconvenience.

A plaster cast is a copy made in plaster of another 3-dimensional form. The original from which the cast is taken may be a sculpture, building, a face, a pregnant belly, a fossil or other remains such as fresh or fossilised footprints – particularly in palaeontology (a track of dinosaur footprints made in this way can be seen outside the Oxford University Museum of Natural History).
Sometimes a blank block of plaster itself was carved to produce mock-ups or first drafts of sculptures (usually relief sculptures) that would ultimately be sculpted in stone, by measuring exactly from the cast, for example by using a pointing machine. These are still described as plaster casts. Examples of these by John Flaxman may be found in the central rotunda of the library at University College London, and elsewhere in the University's collections. It may also describe a finished original sculpture made out of plaster, though these are rarer.

A shell is a type of structural element which is characterized by its geometry, being a three-dimensional solid whose thickness is very small when compared with other dimensions, and in structural terms, by the stress resultants calculated in the middle plane displaying components which are both coplanar and normal to the surface. Essentially, a shell can be derived from a plate by two means: by initially forming the middle surface as a singly or doubly curved surface, and by applying loads which are coplanar to a plate's plane which generate significant stresses.