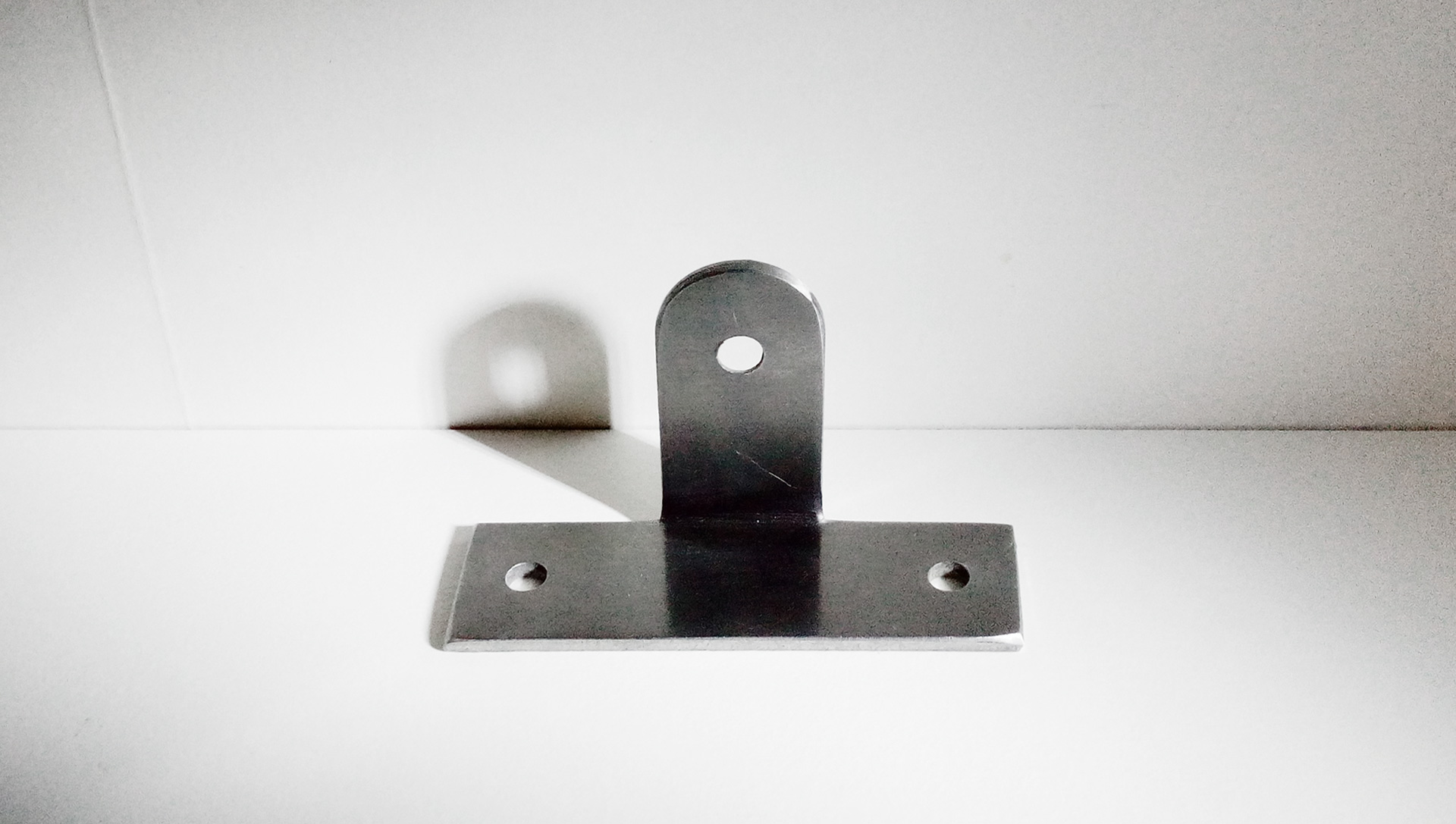 the metallic object with 3 holes

A metal (from Greek μέταλλον métallon, "mine, quarry, metal") is a material that, when freshly prepared or fractured, has a lustrous appearance, and which is a relatively good conductor of heat and electricity, and is usually malleable (it can be hammered into thin sheets) or ductile (it can be drawn into a wire). A metal may be a chemical element such as gold, or an alloy such as stainless steel, or a compound alloysuch as nickel aluminide.
In physics, a metal is regarded as any substance capable of conducting electricity at a temperature of absolute zero.
In chemistry, two elements that would otherwise qualify as brittle metals—arsenic and antimony—are commonly instead recognised as metalloids, on account of their predominately non-metallic chemistry. Around 95 of the 118 elements in the periodic table are metals; the others are nonmetals or metalloids, though elements near the boundaries of each category have been assigned variably to either (hence the lack of an exact count).
Astrophysicists use the term "metal" to refer collectively to all chemical elements in a star that are heavier than the lightest two, hydrogen and helium, and not just traditional metals. A star fuses lighter atoms, mostly hydrogen and helium, to make heavier atoms over its lifetime. Used in that sense, the metallicity of an astronomical object is the proportion of its matter made up of the heavier chemical elements.
Many elements and compounds that are not normally classified as metals become metallic under high pressures. For example, physicists were able to keep hydrogen in its solid state under more than 3 million times the atmospheric pressure and deduce its metallic properties.
The strength and resilience of some metals has led to their frequent use in high-rise building and bridge construction, as well as most vehicles, many home appliances, tools, pipes, non-illuminated signs and railroad tracks. Precious metals were historically used as coinage.

An object is a technical term in modern philosophy often used in contrast to the term subject. A subject is an observer and an object is a thing observed. For modern philosophers like Descartes, consciousness is a state of cognition that includes the subject—which can never be doubted as only it can be the one who doubts—and some object(S) that may be considered as not having real or full existence or value independent of the subject who observes it. Metaphysical frameworks also differ in whether they consider objects existing independently of their properties and, if so, in what way.
The pragmatist Charles S. Peirce defines the broad notion of an object as anything that we can think or talk about. In a general sense it is any entity: the pyramids, Alpha Centauri, the number seven, a disbelief in predestination or the fear of cats. In a strict sense it refers to any definite being.
A related notion is objecthood. Objecthood is the state of being an object. One approach to defining it is in terms of objects' properties and relations. Descriptions of all bodies, minds, and persons must be in terms of their properties and relations. The philosophical question of the nature of objecthood concerns how objects are related to their properties and relations. For example, it seems that the only way to describe an apple is by describing its properties and how it is related to other things. Its properties may include its redness, its size, and its composition, while its relations may include "on the table", "in the room" and "being bigger than other apples".
The notion of an object must address two problems: the change problems and the problems of substances. Two leading theories about objecthood are substance theory, wherein substances (objects) are distinct from their properties, and bundle theory, wherein objects are no more than bundles of their properties.